Now that we've observed what I would consider the two most fundamental 4D shapes, let's test our skills and throw in a wildcard. What would a 4D cone look like?

As always, let’s start by going back a dimension and working with what we know in 3D. How do you define a 3D cone?

All you need is a 2D circle and a point. Place the point in the center of the circle, drag it into the third dimension, then connect it to all of the circle's points and you’re done. In reality there would be an infinite number of points on the circle, but for visibility I've highlighted just a few of them here:

Start with the 3D equivalent of a circle: a sphere. Place a point in the center of the sphere, drag it into the fourth dimension, then connect it to all of the points on the surface of the sphere.

We've seen that projection is good at showing the overall structure of a 4D object, so let's start there. Again, in reality the sphere has an infinite number of points, but I've highlighted only a few here so we can see how they move during rotation.

Hmmm I find these rotations quite perplexing... Crazy new idea - what if to make sense of this 4D shape I compare it to an equivalent 3D shape? 🧐

Rotate on one plane and you see the cone’s tip move in and out of the center.

Specifically rotate the ZW plane from 0° to 90° and you’ll see the 3D sphere get squished into a 2D circle. The analogous rotation with a 3D cone projection squishes a circle into a 1D line.

Keep the ZW plane at 90° and you’ll notice rotations on other planes are only moving the sphere points around. This is similar to a 3D cone where rotating around the tip only moves the points of the circle around. The difference is in 4D we have extra planes of rotation perpendicular to the cone's tip.

That should be enough to understand the cone's basic structure, which means it's slice time. Before looking at slices of the 4D cone, let’s revisit the slices of a 3D cone real quick.

These slices are known as the conic sections. They can be circles, ellipses, parabolas, or hyperbolas depending on the angle at which the slice occurs. 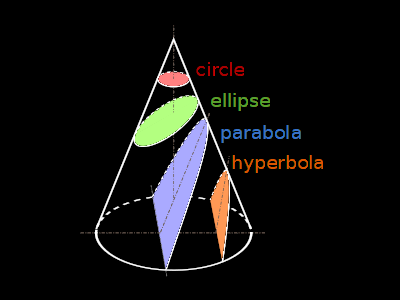 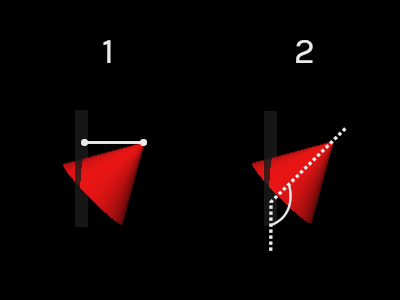 The same is true in 4D. The slice shape is completely determined by the cone’s distance from the 3D universe, and the angle of the cone’s center line with the 3D universe. This makes it easier to understand the slices because we only need to consider these 2 variables.

So what do slices of a 4D cone look like? 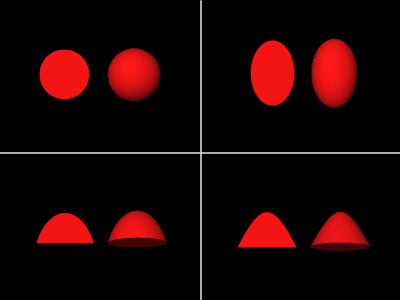 Now that we've gone through this process with our basic shapes, working with any other 4D shape will be much easier. 4D cylinder? Just like a 4D cone but instead of a single point dragged into the fourth dimension it’s a 3D sphere. Icositetrachoron? Just an object that’s somewhere between a tesseract and a 4D sphere. Break things up into small manageable pieces and 4D becomes a lot less scary.